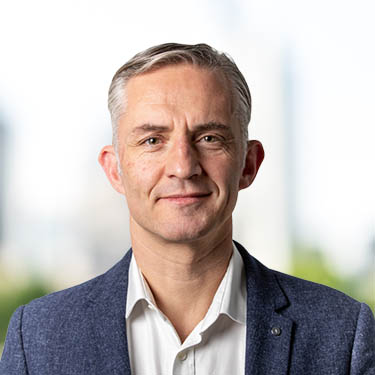 Jack Thoms is a Director and is Head of Investment Management for M7 Real Estate.

Jack co-founded M7 in 2009, prior to which he was a partner at GPT Halverton where he was a Fund Director of the flagship fund, the Halverton Babock Industrial Fund, which was a c. €900 million multi-let European industrial vehicle. He was also a Fund Director for a distribution warehouse fund, EB8. As Fund Director he was responsible for portfolio performance, client reporting and asset management strategy. He managed a team of approximately 30 people across six countries.

Before this, Jack worked at Teesland iOG (now Valad) where he was Divisional Director of UK Investment with responsibility for asset management and reporting for the UK portfolio. This included managed funds and third party client mandates and involved overseeing the administration of more than £400 million of assets.

Before his focus on UK asset management he was involved in the European expansion of Valad, the establishment of its European funds and research and the set-up of its French office.

Jack started his career at Lambert Smith Hampton in Glasgow as a graduate surveyor before moving with LSH to London where he worked in the valuation, rent review and professional team.

Jack has over 25 years of real estate experience.