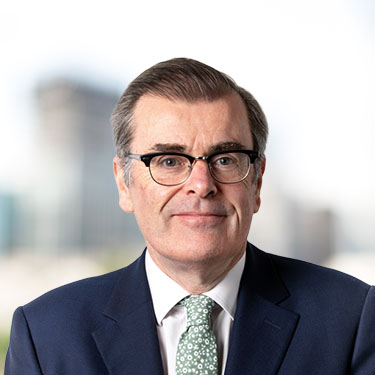 Chris is Managing Director of M7 Real Estate France and is responsible for acquisitions and asset management throughout France.

Chris has 30 years of real estate experience, with around half of that time spent working in Paris. In the UK, Chris worked principally for DTZ in London in various departments. Chris came to Paris in 2000 with RBS, where he was Director in the Real Estate Finance team. He was involved in lending on office, retail, logistics and light industrial assets.

In 2003, Chris joined Kenmore Property Group to set up and run their Paris office. At Kenmore, Chris was responsible for overseeing the asset management of over €250 million of light industrial and warehouse assets in France and Belgium. His role also encompassed acquisitions and sales as well as the negotiation of debt facilities and joint ventures agreements with equity partners.

In 2009, the Kenmore European platform was renamed Tamar Capital Partners and, at Tamar, Chris continued his role as managing director of the French office. His responsibilities were increased when, also in 2009, he became asset manager for the pan-European Tamar European Industrial Fund (“TEIF”) which has investments in France, Belgium, Germany, Holland and Scandinavia. This role included regular reporting to the Board of Directors of TEIF as well as the liaison with local asset managers at country level. During this time, Chris was responsible for several re-financings of the Fund’s senior debt as well numerous sales as the Fund looked to return cash to shareholders. In 2014, MStar Europe, a JV between Starwood and M7 Real Estate, purchased TEIF, and Chris subsequently joined M7 Real Estate.

Chris is a member of the Royal Institution of Chartered Surveyors.